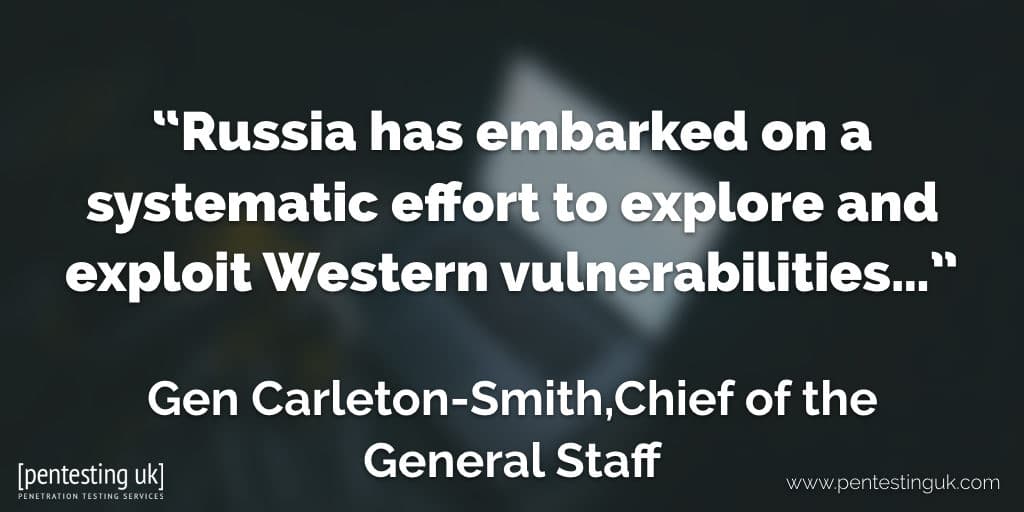 …In October, the UK government also accused Russia’s GRU military intelligence service of being behind four high-profile cyber-attacks on targets including the US Democratic Party and a small TV network in Britain…

…In his first interview since being appointed Chief of the General Staff in June, Gen Carleton-Smith said Russia is “indisputably” a bigger threat than Islamic terrorist groups like al-Qaeda and IS.

“Russia has embarked on a systematic effort to explore and exploit Western vulnerabilities, particularly in some of the non-traditional areas of cyber, space, undersea warfare,” he said.

“We cannot be complacent about the threat Russia poses or leave it uncontested.”