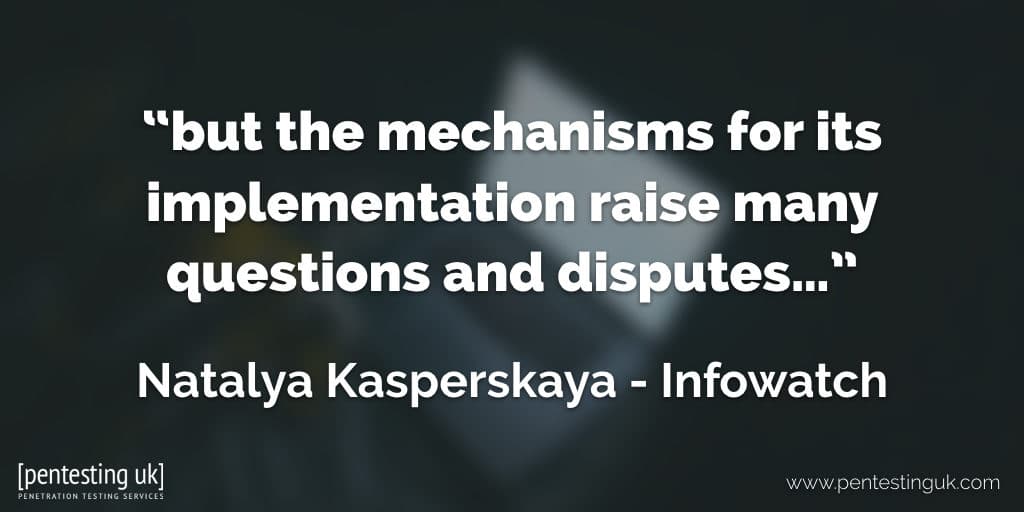 The Register is reporting that Russia is working on a plan to switch its internet into an intranet if faced with a large scale external cyber attack.

…The project is being overseen by Natalya Kasperskaya – co-founder of Kaspersky the antivirus company and ex-wife of Eugene, that company’s CEO. She is now president of a data loss prevention outfit called Infowatch and heads up the Russian ISPs’ working group tasked with implementing the new law once it is passed…

“All participants in the discussion agree that [it] has good goals, but the mechanisms for its implementation raise many questions and disputes,” Kasperskaya told RBK. “Moreover, the methods of its implementation have not yet been precisely defined. Therefore, they came to the conclusion that market participants need to organize exercises or something similar in order to understand how this can all be implemented in practice.”

Read more at  Ivan to be left alone: Russia preps to turn its internet into an intranet if West opens cyber-fire