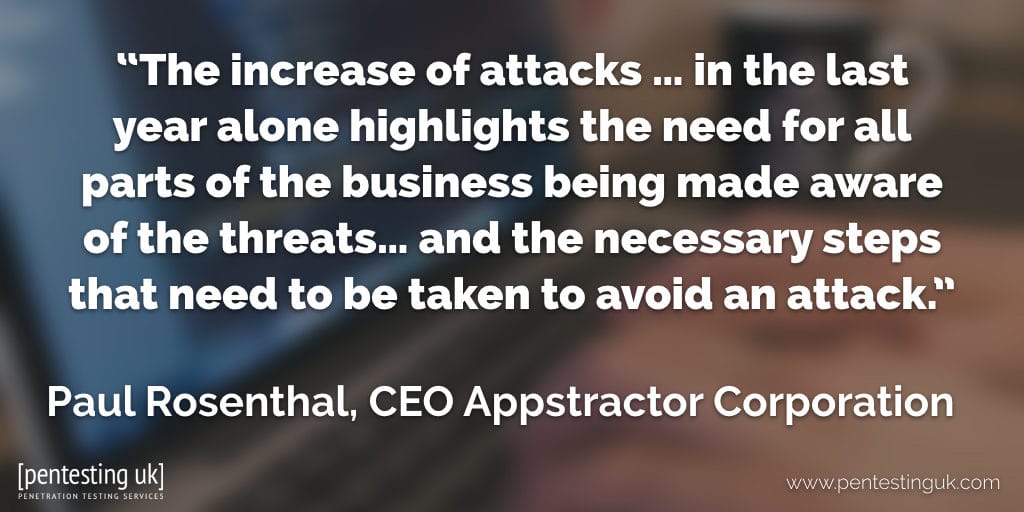 Finance.co.uk are reporting that new research has revealed that UK financial services firms are fighting an average of five cyber attacks a year.

Commenting on the report, Paul Rosenthal, CEO and founder of Appstractor Corporation said: “The Financial Services sector needs to bolster itself with the correct knowledge of the preventative cybersecurity methods and software available to firms.

“The increase of attacks on the sector in the last year alone highlights the need for all parts of the business being made aware of the threats facing the industry and the necessary steps that need to be taken to avoid an attack.